Walt Disney World Resort, the largest workplace in United States, started with Magic Kingdom 1971. What was two tiny villages (one of them being Lake Buena Vista) changed Orlando and the rest of Florida.

Walt Disney World Resort is an important part of Florida’s contemporary history since Walt Disney put Orlando on the map. It was the beginning of an upturn that still continues.

Because Walt Disney World Resort is so much more than just parks, it’s easy to spend one or more extra days here. Large parts of the area is authentic Florida nature, practically untouched.
We have visited countless times. Therefore, we can guarantee the best tips on where to stay during the visit – the right location and price.
Follow our insider tips and as a bonus, you will end up next door to Disney Springs, Orlando’s by far the best entertainment area in the evening for the whole family.

Theme park tickets are generally expensive. If you see something that is cheap – expect it to be fraudulent. Do not fall into this trap! Buy your tickets at a ticket agency authorized by Walt Disney World Resort (us for example!).

Even for an Orlando visitor who feels that Universal’s parks attract more, one should (in one way or another) at least set foot somewhere within the vast expanses of Walt Disney World Resort. The distance is no more than 14 kilometers, by car the trip, unless it is rush hour traffic, thus takes a maximum of 15 minutes. 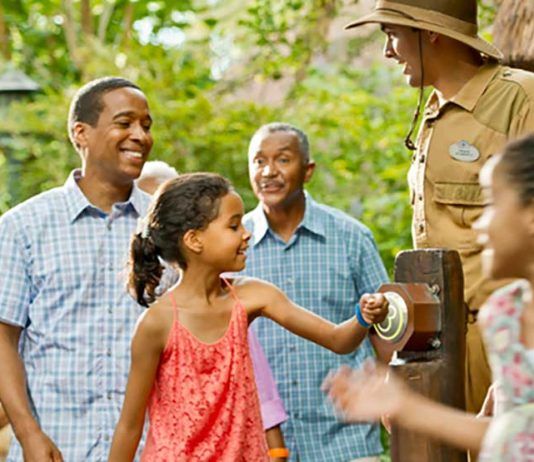 Tickets to parks and activities